I'm refreshing my own memory here of a performance piece I did first in 2007. I was considering selling on some old keyboards (I have far too many) but I still have a flame for 'all modes on' which I need a lot of them for. maybe there is still milage in this piece and maybe I will resurrect it again sometime when it's appropriate. I've also never really written much on line about it so here goes

all modes on is a performance lasting 30-50 minutes and basically consists of me and a lot of old keyboards and tape. over the course of the performance, in time, I tape down each and every key with tape. each time it's different and each time there is a similar outcome, a developing visual aesthetic and a slow, hypnotic crescendo of sound. in large venues I make sure I have a projector and camera screening live from above the performance area to get all those nice blacks, whites and new lines in. in small venues I have done it with amplification and with a close crowd

I'm an artist and a musician and I keep the two pretty separate. they are different disciplines, and should be, so this 'cross over' area was something I approached with caution. I am too used to seeing artists trying to use music and calling it art when it's not and visa versa

when I studied music at school I remember my teacher telling us about modal music. the easiest way, I was taught, to know those modes by sound, by using the white keys on the piano. C-C = Ionian (equivalent to our major scale) D-D = dorian (a scale used a lot in folk and celtic music E-E = phrygian etc. sometimes certain modes were employed in music for battle for their 'strong' feel. sometimes in times of depression certain modes were banned for use by composers because they were too 'sad' and stuff like that

I like the act of taping down the keys and choosing how to make the sound emerge. I guess some folk think it's all predetermined, and some think it's random. I can only describe it as a sort of improvisation, much like when you're painting, you do something, then you assess, look at it, maybe for some time, then make your next move on the back of that. with this though, it's with sound and it's more immediate, like music is

and without all that babble, the mark making process, the concentration required and numbing loudness during the last half of the performance, makes me feel like it completes some kind of circle much like the feeling of realising a painting is finished, or realising you understand music

a new piece I gifted a friend today (luck them) and I think has some milage in it. I don't know why yoko ono was part of this, or if she'll sue me, but I'm going to go with my instinct on this and make a set 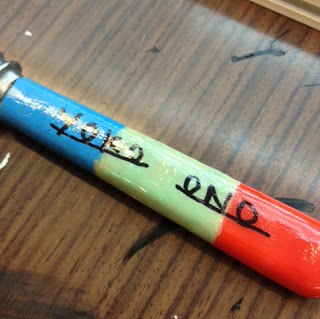