Why I lie about my age.

When I was 7 or 8 I wrote to Kellogg's asking them what was the biggest cornflake they ever made was. They replied on Tony the tiger headed paper saying they didn't know but it was a great question and you do get the odd huge cornflake (hence my enquiry). I also received a book about the history of Kellogg's Cornflakes and the brand development through the ages which appealed to my early developed love of factories and production process.

When I was about 9 I wrote to Smiths Crisps enquiring about why "spaghetti sauce' flavour Monster Munch were only available in multipacks of 10, and only one packet was in there, and could they please make them more available because (and I shit you not) they were the best flavour crisps I've ever experienced. I'm still trying to find that umami in corn puffed form. I'll be searching until my dying day. I received a nice letter back saying they were glad I love the flavour but there weren't plans to make 'spaghetti sauce' flavour monster munch a regular feature in the Monster Munch canon.

Now, when I was 29 I wrote to Ferrero, who own Kinder, to enquire about why the kinder egg toys have really gone downhill. Like, when I was wee, the toy might actually be cool, like a wee car or that. Then they became patronising wee smug ornaments which are utterly useless. I suggested they bring out an adult range of toys and I'd be willing to pay that little bit more if the chances of the treasure inside being something I might actually like, were higher. I received no response.

So now I just lie about my age because I really believe that food companies don't take adults seriously. If I say I'm 10, I get answers.

This leads me on to one of my latest correspondences which, I think you'll agree, is not more than a 5 our of 10. Here is my letter: 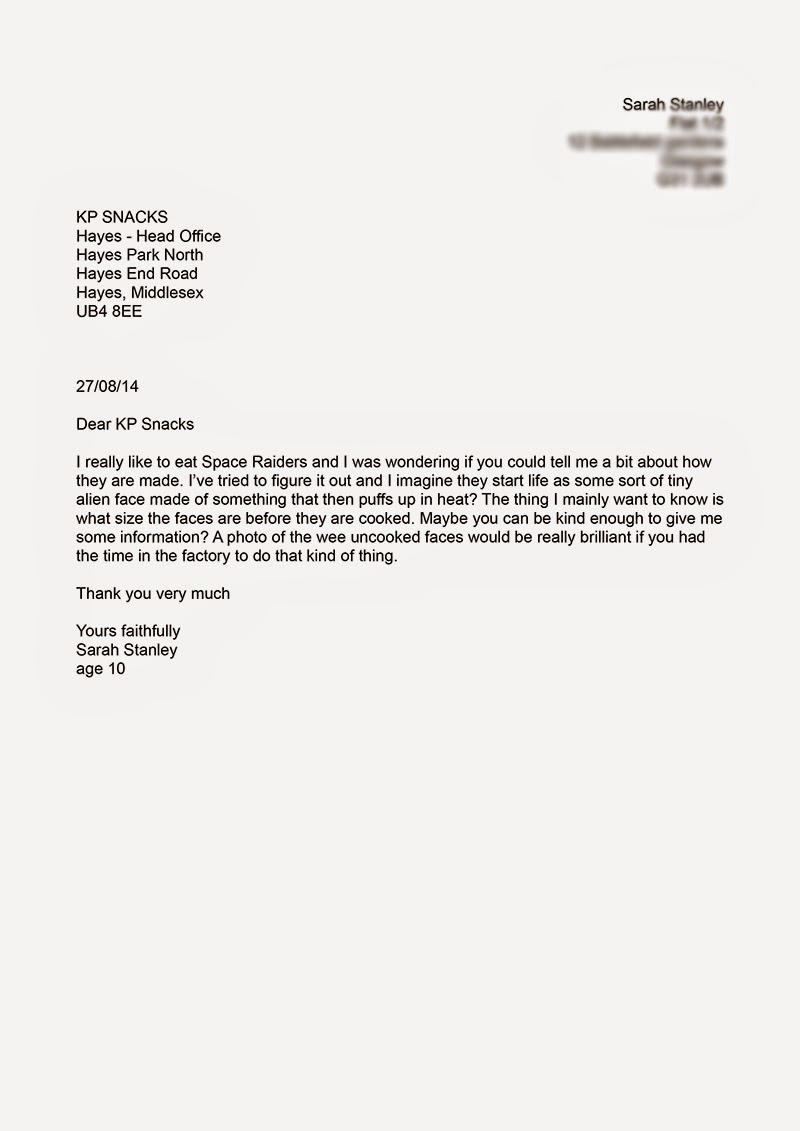 And here's what I got back: 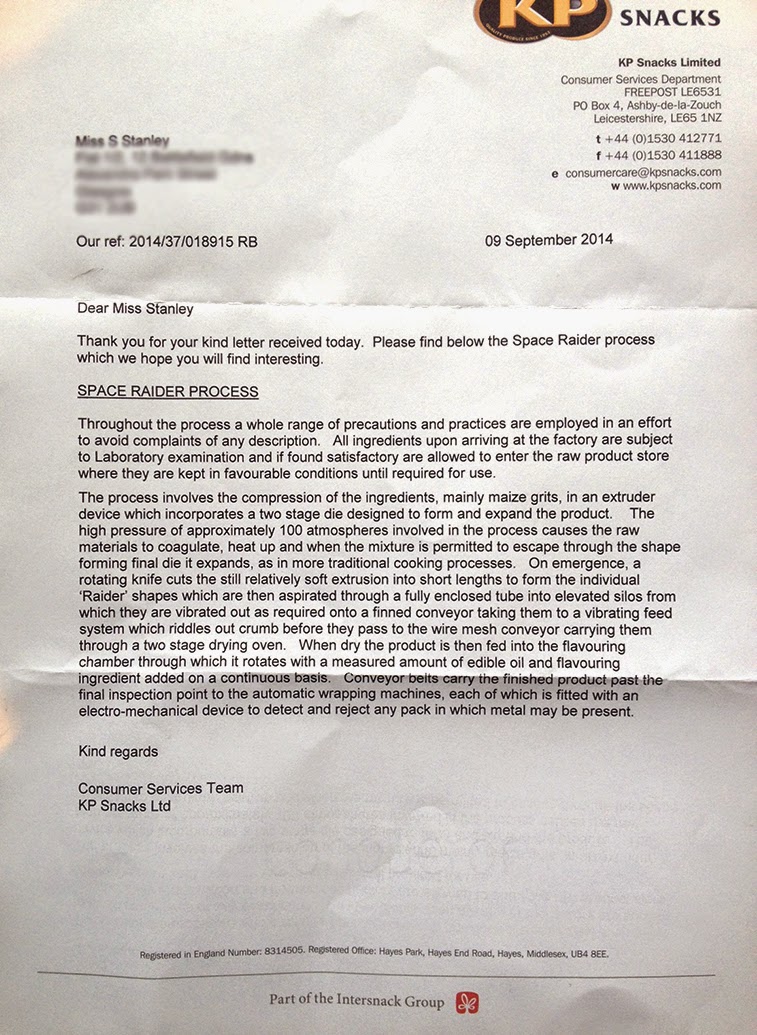 • Firstly, DAT amount of spacing after a fullstop-what's that about? #tab
• Disclaimer paragraph blatantly copied and pasted because I wasn't actually complaining.
• I'm meant to be 10. I've had to read this about 5 times to really get what happens.
• NO PHOTO was attempted.
• I just wanted to know at what point the wee alien faces are made but this is just confusing.
• The ONLY question I asked that would have a specific answer was NOT answered. Specifically- alien face size when uncooked. Metric would have sufficed.

At least I got a response though. From now on I'll be using my alter-age to gain me cred in the snacking world.