in oct 2012 I came upon a strange circumstance under which I was returning to the town I was born, and spent my first 5 years in. I packed up 4 small paintings for an exhibition held at the local library, lunch and my camera and took the train to dumbarton

my short term memory is crap, and it specialises in being crap at dates, times, places, names etc. I can however, remember a load of other stuff most would consider useless, with impeccable accuracy. additionally my long term memory is very good and long reaching. for the exhibition I was participating in I made paintings based on not having been to my home town for 25 years, but still having recurring memories of the small, pram height place. when you're only a few months old the reality of a place is a different experience of reality (than I was having now of course) and I would like to hold onto that

I would describe age 0-5 as happy years. I remember more than most from this period of time and, trite as it sounds, I have a sure and defined memory of when I decided I wanted to be an artist as my life. I admit I often refer to this period of time in my life as significant and where I had all my best ideas. I do believe that the length of our life is only just about adequate to outwork the ideas we have when we're 0-5

I now live back in the area (glasgow) having had 25 fairly tumultuous years in aberdeen, I'd go as far to say. as I visited dumbarton I was expecting some sort of catharsis but actually I found the train station creepy as fuck and I wanted to get back to the city right away. however, it was nice to revisit the bridge I crossed every day, the swans, the view of dumbarton rock, the old flat my family of 6 used to live in. the building I painted turned out to be a memory of a huge abandoned red brick factory. I always thought it was my dad's architects office where he'd take me sometimes and I'd get to draw on fancy paper and stuff. I remembered the pillars on the bridge accurately as I remember either being wheeled in a pram, or walking by them most days. the swans were still there no doubt a couple of generations along

before I was 5 I didn't have to bother about the changing and stressful nature of life. I worry a lot about change and insecurity and to go somewhere that was pretty much the same as I left it, gave me a strange sense of steadiness. what we see at 0-5 is very important, very informative, always part of us, and I'd be naive and foolish to dismiss dumbarton as the shithole it really is. I had my most productive years there 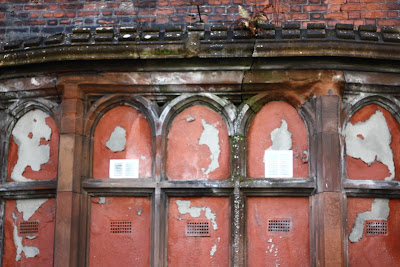 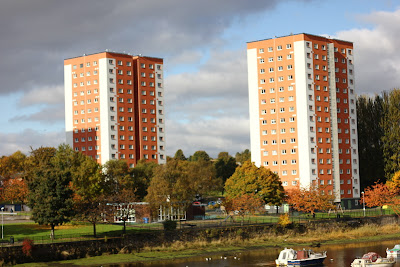 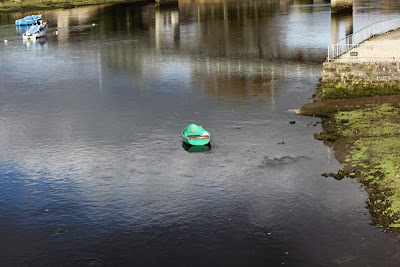 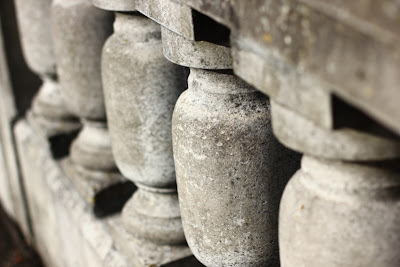 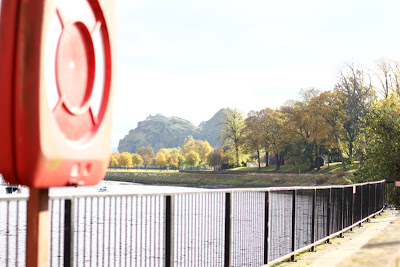 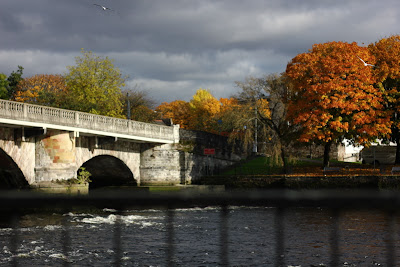 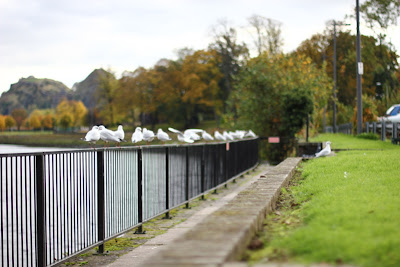 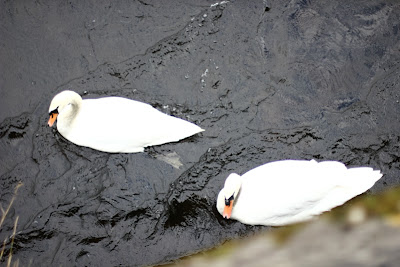 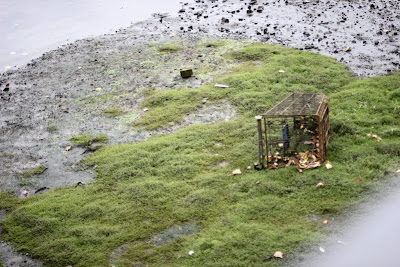 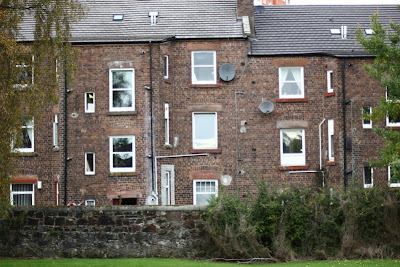 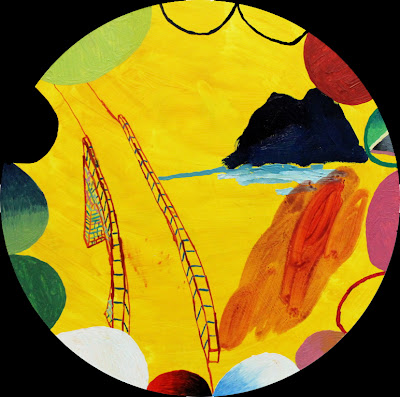 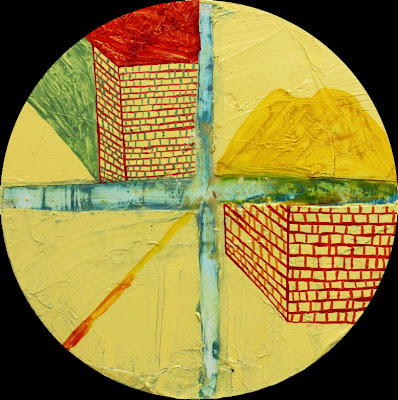 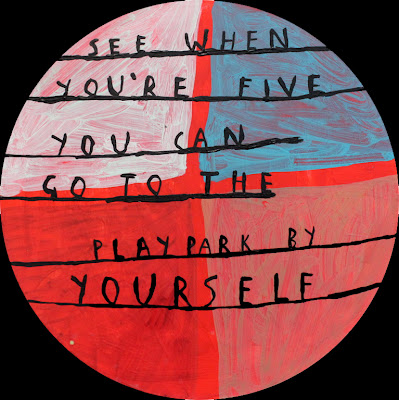 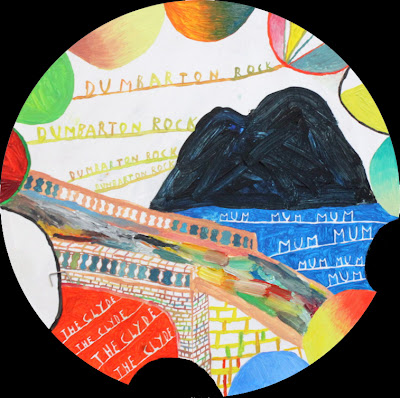