the art of blasphemy 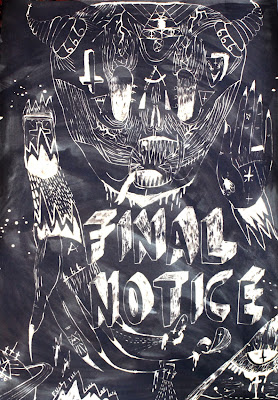 
imagine the end of days for this world. imagine all the things that the book of revelation in the bible said coming true. the wars, the mark of the beast, the false prophet and the antichrist coming to power and creating a one world government and ecumenical all-faith church (a threat to the only real way to heaven, through christ's church alone). the pressure to receive the 'mark' is forceful just as the christ believers have told us it would be. certain death awaits those who will not conform to the beast and his unholy trinity mates as you will not be able to buy or sell without the mark (the mark is a chip placed under the skin for ID purposes and for transferring money like a credit card. no cash anymore). also they will eventually ethnically cleanse this earth from all non-conformists. however, what if this end time situation evolved and being part of the antichrist's crew became open, cool, relevant, just like christianity today? what if the church of the antichrist evolved over time to become modern, effective, 'relevant' and life changing just like contemporary christian churches today? just like the history of the church, what if the church of the antichrist had ample time to employ things like misogyny, classism, heavy shepherding, a plethora of faith paraphernalia, dress codes, dodgy slogan based t shirts, denominations, music, groups, counselling services etc? imagine it has

I consider myself well educated in what modern xtianity looks and feels like. I was brought up on a staple diet of xtian views, chat and literature. my parents ran a xtian bookshop the entirety of my school life in aberdeen where I went everyday after school to spend time there alone with a book or two and crisps. they went on to more 'hardcore' faith teachings and our schedules and priorities always revolved around church(cult). often these were very americanish with a fascination for miracles, revival, heaven experiences, visions, signs, wonders, 'name and claim' the material goods you want, speaking in tongues and all the fruits and gifts of the holy spirit etc etc. looking back it was surprisingly potent in a right wing kind of way. modern xtianity masks this as we all know right wingers are crazies, however under it all, it was pretty much the same essentially. we watch programmes on tv about xtain extremists and I'm disturbed to say, I've seen it all first hand. I constantly questioned it and ended up very unhappy doing so as I just couldn't fit in or swallow the emotionalism which all xtian experience is disingenuously grounded in

I am also well educated in the enemy of xtianity. xtians are pretty obsessed with the perceived 'enemy' and it seems to be talked about a lot and there are books, comics and films about it. growing up I read the book of revelation in the bible many times. I was really interested in it. it was fantasy I was told would really happen. it was scary and thrilling and there was assured martyrdom, judgement and drama. no one could figure it out so I thought I'd like to. I didn't. I liked the mystery and the crazy imagery in the same way as people who watch horror movies I guess. me and my sister were so genuinely scared of demons, hell and of course, doing anything that might mean we don't have the full protection of god from these really awful things, it affected our life choices. the obvious enemy is of course satan/the devil/the beast/beelzebub/the great liar/the thief/the deceiver of the brethren/the fallen angel lucifer. there are also some less talked about enemies including homosexuality, non xtians, the pharisees, some tv shows, rock music, sex etc. basically anything promoting either a different view or promoting free thought

I have found myself with an absence of a lot of 'normal' experiences in comparison to my peers but with a wealth of strange and, ironically, really fucked up imagery. my parents attempt to keep me protected from anything (non xtian music, tv shows with any weird look to it, non xtian friends etc) that didn't have a wholesome message or might turn me into a heathen, evil, or gay, has turned into much worse fuck up. I'm an artist

so I've been making some work about these ideas and I'm free now to explore a lot of imagery and fantasy I thought up as a child. things I would have thought it would have sent me to hell just for thinking about it. let me be clear and honest- I hate modern christianity or cultianity which is probably closer to what I observed through my formative years. I don't use the word hate lightly and I don't mean I hate people who involve themselves in those practices, but I feel I am informed and experienced enough to make a strong statement about a system of beliefs that lures you into it's poisonous grip. the work I'm making uses tools like wit and humour but really, underneath, and hopefully with some resonating integrity, there is loss, grief and hate. when I was little I thought if I even thought the word 'hate' I was doomed. I have chosen to embrace emotions I would never have been 'allowed' to before, try hate out for size. I can't think of a more worthy receptacle for any disdain I have for lost years. I was deeply mismatched with the belief system I grew up in, and spent some adult years questioning. there were many times I wish I had the resolve to say 'stop' or 'no'

with all this unwillfully, but nonetheless acquired interesting knowledge, I have started making objects representing an opposite. the opposite to god is satan right? a satanic new world would have more chance at converting a xtian world to 'salvation' if they evolved up quickly to meet the already effective propaganda techniques already used by a developed modern church model no? why use barbaric evil when we now know that offering someone cake, a shoulder to cry on, then subtle and shiny-on-the-outside-devastating-on-the-inside life advice, is already enlisting people to xtianity? keep up evil! your competitors are so cool, so fashionable, so with it, so hip and happening, so rad, so tip top, so hawt, so in touch

effectively with this work I hope to empathise with the dark side as it were, and empower them with the tools I've observed being used in modern faith based xtianity, to exist in their own right. until now pure evil has just been part of the work of fantasy fiction, dip dyed in undefined amounts of historial fact, that is the bible. in petulance and rebellion I have tried to recreate things I would not have been allowed to even dream up lest it lead to needing to be exorcised or something. none of this imagery is self taught. it is all very much contextualised by an upbringing of being told what evil is in order to understand the other. the evil was always more interesting, more definable than the faceless white being god was. devils had a face. a horrid one, but a face. the effort it took to contain my imagination growing up can only be aided a little by catharsis. I've already come to terms with not getting those years back where I kept silent and tried to be good and proper. what I'm left with is knowledge, images, anger and my fucking freedom,  thanks fuck. I thank fuck because I like 'fuck'. fuck fuck fuck

the time is 'the end'. the place, the world. the problem is we've come up with these great values and beliefs in satan and all his abilities but the world has been blinded by the influence of light. jesus is deceiving lots of people and they need saved and fixed from their perverted heterosexual ways. satan loves you and wants you to be set free from the bondage and lies of christ

this is an evil imagination. it's going to turn your children into evil gays. you're going to teach your children satanism and we're outraged. thinking evil things is going to rot your brain and turn you into a gay murdering peadophile. if you say  satan is lord you are going straight to hell. black means evil. white means good. 7 is god's number, 6 is satan's. pink is for girls, blue is for boys

god and satan are both well permeated fictional characters. limit criticality, pragmatism and free thought and you'll get people to believe that stuff easy peasy 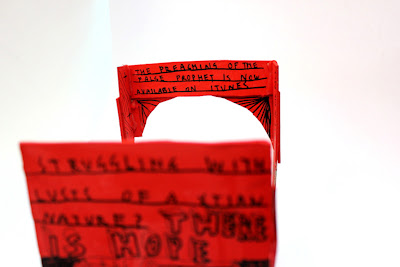 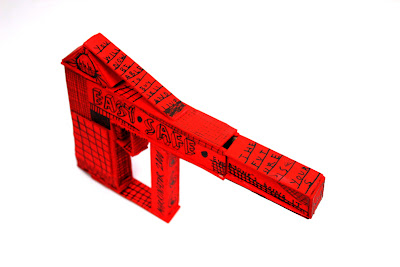 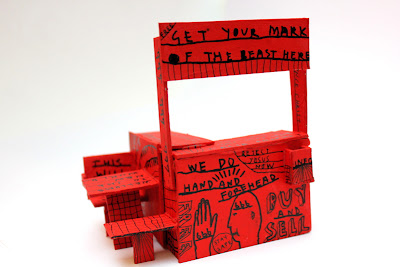 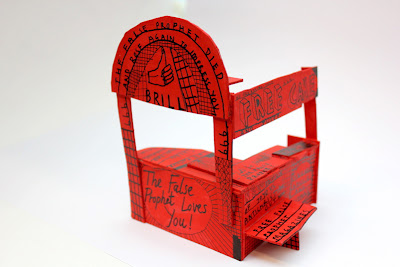 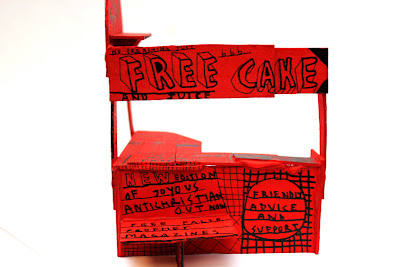 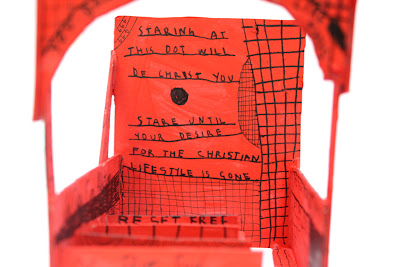 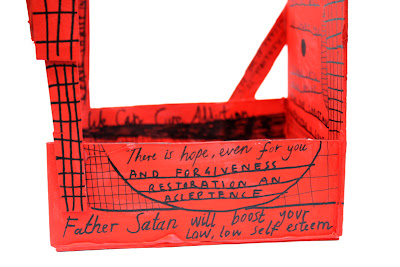 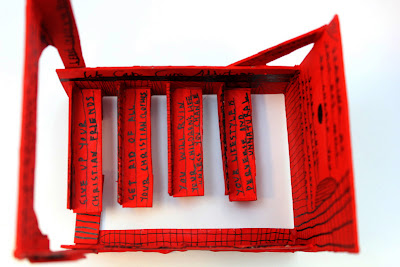 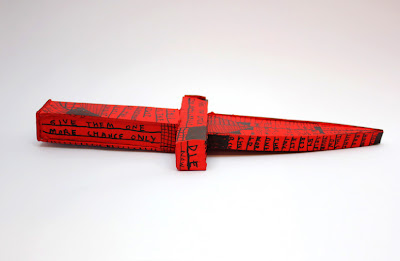